Whenever a major disaster or infectious disease is prevalent, such as hepatitis A, atypical pneumonia, A-type HIN1 flu, type A After the H7N9 flu, the Chinese patent medicines such as Banlangen became a tight drug, and people rushed to buy it. Some medical institutions have also opened large pots for people to take to prevent infectious diseases.

So, is Banlangen really a “spirit of evil spirits”? In the face of epidemic diseases, what can we do to make ourselves try our best to “do not invade”? Let’s look at it together-

Since the beginning of SARS, Banlangen has become a “prevention” medicine, and every time there is an outbreak, it will trigger a wave. Banlangen fever, even the hotels have launched Banxiang Banlang, Meiji Banlangen, Shangtang Banlang, Banlangen steamed dumplings and Banlangen drinks and other Banlangen medicated diets, some pharmacies, shops also sell Banlangen tea, publicity can prevent epidemics. 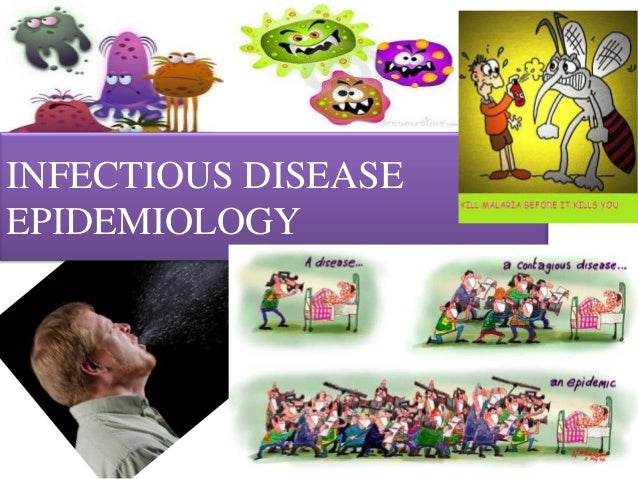 Chinese medicine believes that detoxification, Xinliang solution table drugs such as Banlangen, Daqingye, Honeysuckle, Forsythia, etc., have the effect of clearing away heat and detoxifying, cooling blood and pharynx, have certain anti-viral effects, and are often used for wind-heat cold, acute pharyngitis and other diseases. The principle of medication is: physical weakness, no fire, no heat can not be used, can not be used as an old and small preventive medication. The disease of taking bitter cold such as Banlangen and Daqingye without disease, not only killing the human body, but also bitter and cold, affecting the absorption of nutrients, thereby reducing the body’s resistance, which is not conducive to disease prevention. Long-term use may cause adverse reactions in the hematopoietic system. A few people may have dizziness, chest tightness, shortness of breath, vomiting, cyanosis of the face, conjunctival congestion, pain in both eyes, palpitation, irritability, numbness in the limbs, flushing of the whole body, itching, Allergic reactions such as rash or urticaria can cause anaphylactic shock and even life-threatening in severe cases.

Since Banlangen can’t prevent infectious diseases, then What is the correct way to prevent disease?

The prevalence of disease prevention (infectious diseases) in non-patient groups should focus on both positive and negative aspects.

Help the righteousness, so that the righteousness is filled in the body, in order to enhance the body and resist the evil spirits. Invasion. Why are the same climate and environment, some people get sick, and some people are not sick? “Su Wen, the Theory of the Stinging Law” said: “If you don’t get along with it, you can’t do it in the righteousness. You can’t do it.” “Lingshu·Hundred Diseases and the Beginning of Life” said: “The wind and cold are hot, not empty, evil can not hurt people alone. Everyone who suffers from violent storms and rains is not covered, so evil can’t hurt people alone. “Evil spirits are always there. Only those who are weak will be attacked by evil spirits, but people who suddenly suffer from storms but are not sick are because of the body. There is no loss, so it is said that “evil can not hurt people alone.” Qing·Liu Hengrui said: “If you use the soldiers well, you must first raise the grain; those who cure the evil must first raise the right.” The ancient Chinese doctors invented the pox to prevent smallpox, which is to use vaccinia to stimulate the body to produce corresponding immune antibodies. Important means. There are two main ways to make the righteousness sufficient.

1. The normal population does not need to take supplemental medicine, just pay attention to a healthy lifestyle, ensure balanced nutrition, adequate sleep, moderate exercise, and eliminate extreme stress on major disasters and infectious diseases. Mental factors such as anxiety and fear can resist the righteousness and resist disease.

A few years ago, the author had received a patient who was afraid of A-type HIN1 flu. The patient self-examines body temperature 6-7 times a day, the general body temperature is about 37.5 °C, and the heart rate is generally 80-90 beats /min (caused by nervous mood). Such highly stressed patients can easily lead to damage to the righteousness, which reduces immune function and is prone to illness. Therefore, maintaining good mood is also an important means to help the righteous and enhance physical fitness.

2. For patients with physique deficiency, medication can be used to prevent epidemics, but the purpose of taking medicine is to improve the body’s disease resistance through strengthening the body. Prescription medication should be based on the physical condition of different individuals. Can not be divided into physical fitness, regardless of men and women, thousands of people. After the Wenchuan earthquake, people generally have panic, coupled with outdoor disaster avoidance, poor diet and sleep, irregular daily life, and generally reduced human resistance. After the earthquake in Wenchuan, the weather was in the early summer, the weather was getting hotter, the rain was more, and the hot and humid phase was steaming. After the death of humans and animals in the hardest hit areas, the bodies rotted, and the mosquitoes and flies grew and became susceptible to rickets. The author’s principle of prescribing drugs at that time was based on the physical condition of different individuals, with Fuzheng Anshen as the mainstay, supplemented by aroma and avoiding phlegm, with good results.

Second, avoiding the poisonous gas–preventing the epidemic from the nose and mouth

“The epidemic of the epidemic” Mouth and nose.” Another important means of preventing epidemics is to pay attention to health protection to “avoid its poison gas”. Such as “Su Wen, the theory of stabbing” cloud: “virtual evil thief wind, avoid it sometimes.” Protection methods mainly pay attention to personal hygiene, such as washing hands frequently, pay attention to food hygiene, avoid contact with the source of the disease, indoor ventilation, in the disease Whenever it is popular, try to go to public places as much as possible to avoid the infiltration of turbidity from the mouth and nose with “gas of the epidemic.” In the case of abnormal climate, great disasters, and epidemics, we must pay special attention to preventing epidemics from entering the mouth.

Do you know everything? The book is divided into academic thoughts, special disease treatment, self-made medical treatment, mistreatment and rescue , medical records, tricks, research papers, essays, academic inheritance and other topics. The book draws on the latest research progress of modern medicine, and follows the rules of TCM syndrome differentiation and treatment. It has detailed medical theory, profound clinical foundation, unique prevention and adjustment methods, broad academic vision, systematic, innovative and knowledgeable. . The book contains detailed records of the wonderful cases of common diseases, frequently-occurring diseases, difficult diseases, critical illnesses, mistreatments and rescues since the doctor’s medical treatment. It can be used by Chinese, Western medicine clinical, scientific research and teaching workers. It has practicality and enlightenment. Sex. The chapters on special diseases and diseases in the book highlight the content of “prevention and adjustment”, which is different from the tendency of re-treatment and light prevention in the past. It inherits the “Sacred Man of the Yellow Emperor” and advocates that “the saints have not cured the disease and have not been cured. The “disordered” thought of preventive medicine is closely related to the health concept proposed by the World Health Organization that “the purpose of medicine is not only to treat diseases, but more importantly, to make people sick.” (Click “Learn more” below for details)