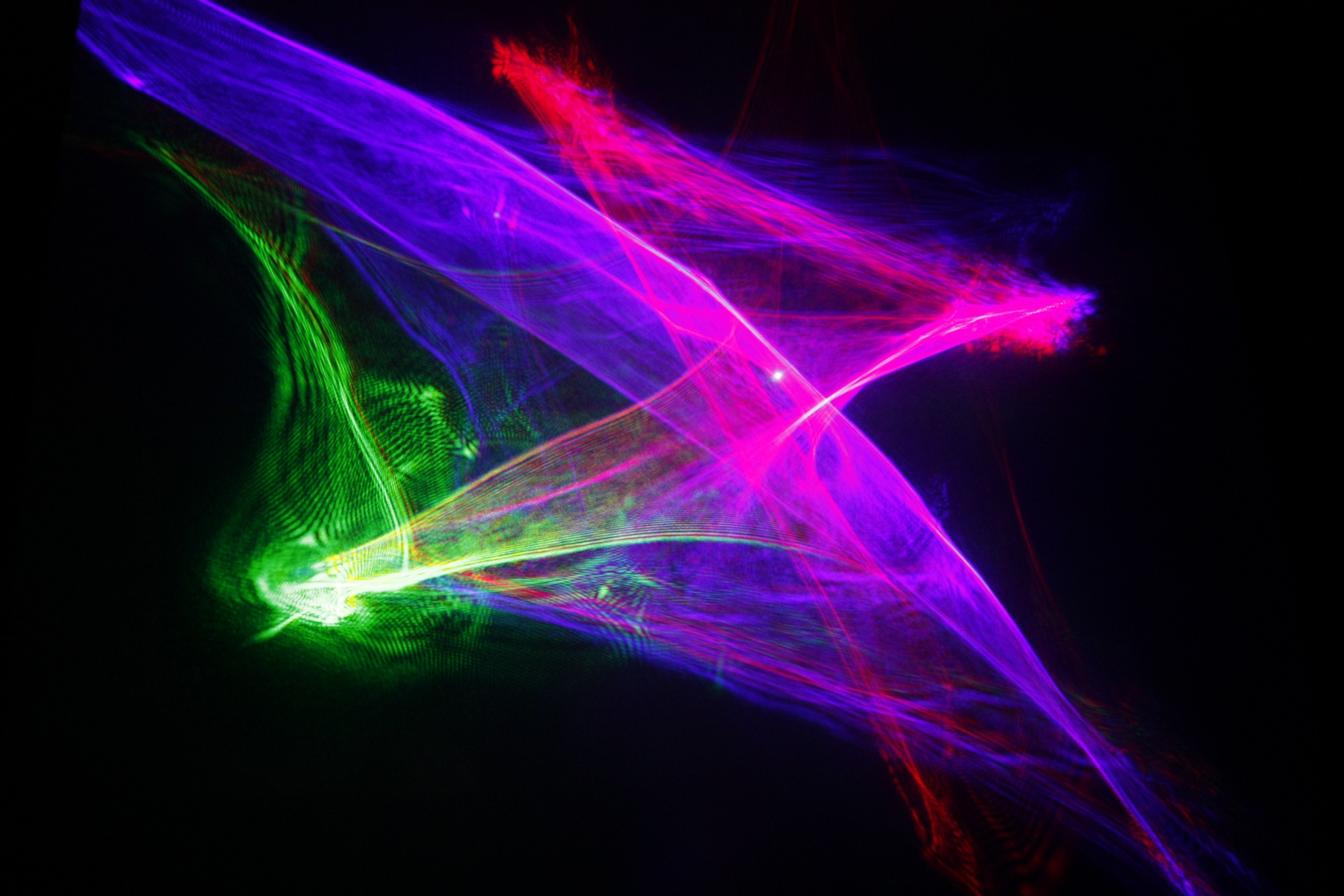 A device that is stimulated to emit light. Ordinary light sources are not directional, and the laser light emitted by the laser is emitted in one direction, and the divergence of the light beam is extremely small.

In 1962, the first time humans used lasers to illuminate the moon. The distance from the Earth to the moon was about 380,000 kilometers, but the laser spot on the moon’s surface was less than two kilometers. The laser has a high energy density and is extremely pure in color, enabling high speed and high precision operation. Laser communication is also a hot topic in the current market.

The laser is called Light Amplification by Stimulated Emission of Radiation, the abbreviation is “LASER”. In physics theory, an excited state atom at a high energy level can radiate a photon with energy equal to two energy levels by transitioning from a high energy level to a low energy level. In the absence of any external influence, each atom is independent of each other during spontaneous transition. Different atoms may be in different excited states, and the generated radiation has certain arbitrary frequency, phase, polarization direction and propagation direction. Sex, this process is called spontaneous emission. In contrast, stimulated emission refers to the emission of light generated by an excited state atom from a high energy level to a low energy level under the action of external photons whose energy is exactly equal to the energy level difference. effect. The frequency, phase, propagation direction, and polarization state of the photons emitted by the photons and the external photons are all the same, and the amplification of the external light can be realized.

In 1958, two American microwave scientists, CH Townes and AI Schawlaw, pointed out that the necessary condition for laser generation was particle inversion (population) Inversion). In order to obtain a laser, the number of atoms in the high energy level must be greater than the number of atoms in the low energy level; in order to continuously output the laser, it is necessary to continuously supplement the consumption of the lower transition of the high energy level particles. The system that creates a large number of working medium atoms in the ground state and creates conditions for realizing and maintaining the population inversion is called the laser pumping system. The incentive methods include optical excitation, electrical excitation, chemical excitation and nuclear energy excitation.

Most semiconductor lasers are distinguished by their optical resonant cavity. This is usually a combination of two mirrors with certain geometry and optical reflection characteristics in a specific way. The cavity type has different selectivity and loss characteristics for different directions of travel and different frequencies of light in the cavity.

Fabriel-Perot-style (FP) laser is a semiconductor light-emitting device that emits multiple longitudinal modes of coherent light with a FP cavity as a resonant cavity. . The FP resonator has a large deflection loss, while the confocal cavity has a small deflection loss, which is suitable for a low power continuous output laser. FP lasers are mainly used for low-rate short-distance transmission. For example, the transmission distance is generally within 20 km, and the speed is generally within 1.25 G. Distributed Feedback (DFB) Lasers No The lumped reflection cavity mirror is based on the FP laser using a grating optics device with only one longitudinal mode output. It is characterized by large output optical power, small divergence angle, extremely narrow spectrum and high modulation rate, which is suitable for long-distance communication. Nowadays, all long-distance, large-capacity optical information transmission systems use DFB-type semiconductor lasers. Vertical cavity surface emitting laser (VCSEL) is also a tradition A semiconductor laser for optical communication. The laser is emitted perpendicular to the top surface, which is different from the edge-emitting laser that was previously introduced by the edge of the chip. It has many advantages over traditional lasers. Because the light-emitting direction is perpendicular to the substrate, the integration of high-density two-dimensional arrays can be easily realized, achieving higher power output, and because multiple lasers can be arranged in parallel in the direction perpendicular to the substrate, it is very suitable for application. Parallel optical transmission and parallel optical interconnection have been widely used in broadband Ethernet and high-speed data communication networks. The most attractive is that its manufacturing process is compatible with LEDs, enabling lower mass manufacturing costs. The reason why the VCSEL suddenly fires is because it is a highly accurate vertical surface light. Lasers are the most ideal source for 3D recognition, gesture recognition, iris recognition, and driverless driving. Taking 3D sensing technology as an example, replacing the traditional LED infrared light source with a laser can greatly improve the accuracy of 3D sensing, and can enable mobile devices such as mobile phones to more accurately implement functions such as face recognition. In addition, VCSEL has a good application prospect in laser printing, optical scanning and so on.

*The above content is from the Hong Kong and Macao Information Shengang column.

*Risk Tips: Investment is risky and information is for reference only. The above list refers to the listed company only as a statement that it is related to the event, not as a specific recommendation, investors should make their own investment decisions and bear the investment risk.